What NASA says about Nibiru? 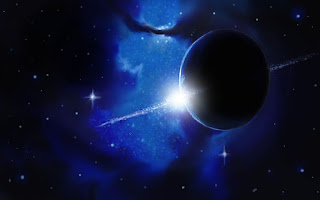 Six recent questions about Nibiru: (1) I have found a lot of stuff about a so called planet. Planet x or nibiru. It anything they say possible like revolving around the sun clockwise and it has been said that its orbit is way far out past Pluto. Also there are statements that it has a 3600 year orbit around the sun an that is is supposed to return in the near future. Is this possible at all? It sounds fishy to me, but there are supposed pics of it and a lot of scientist talk about it. I even wikipedia searched it. I would just like to find out some info please.

(2) Nibiru does exist and I can prove it. Nibiru is in the old testament Exodus 6:4. and you are watching Nibiru from a lab on the south pole. also I have images from a telescope of Nibiru. and people from the southern hemisphere can see Nibiru in the daytime. is that proof enough for you?

(3) many signs tell that something big is out there coming and why wouldn’t it be true about nibiru / planet x there is a lot of fact historical and scientific but i do understand your awnser but why build a telescope at the south pole an photos and such with this redish dwarf star moving fast in 1983 it was 50 billion miles away and 10 years later it is alot closer is it hiding behind the sun i know you all dont want to start a world wide panic.

(4) I read were you said that Nibiru is a hoax. My question to you is why would anyone let the american population know about such a catastrophy? Isnt it the governments job to keep the population at ease?

(5) You say Nibiru is a hoax, and no such planet exists, but is Nibiru not Eris?

(6) What is this a picture of? http://www.greatdreams.com/nibiru-possible.jpg It’s said to be Nibiru, but as you say Nibiru is a hoax. so what is this really a photo of?

I hope this is my last comment on the Nibiru hoax, but questions like the above six keep coming in. Most of the entries on the Internet about Nibiru are false. Wikipedia has it correct when they write that “Nibiru is a name in Sumerian, Babylonian astrology associated with the god Marduk, generally accepted as referring to the planet Jupiter.” The rest is a hoax, including all the “stuff” questioner #! found on the internet. Questioners #2 and #3 mention the astronomical observatory at the South Pole, but I assure you these astronomers are not looking at Nibiru. The Antarctic is a great place for astronomical infrared and short-wave-radio observations, and it also has the advantage that objects can be observed continuously without the interference of the day-night cycle. If the questioner really thinks that Nibiru is visible in the daytime in the southern hemisphere, they are very confused; this sort of statement is obviously false. Questioners #3 and #4 seem to think that the government would hide information about Nibiru and the catastrophe supposedly due in a few years, but I can’t imagine why. My experience is, in fact, that sometimes parts of the government do just the opposite, as in the frequent references to various terrorist threats or warnings about driving accidents on long holiday weekends, which are no more dangerous than any other time. In any case, the job of NASA scientists is to discover and tell the truth! Questioner (5) asks if Nibiru is the same as Eris, and the answer is an emphatic no. This Nibiru hoax has been around for a decade, including predictions that Nibiru would pass close to Earth and cause a catastrophe about 5 years ago. (Guess what: it didn’t happen!). Eris, in contrast, is one of several dwarf planets recently found by astronomers in the outer part of out solar system, all of them on normal orbits that will never bring them close to Earth. There is a good write-up on Eris in Wikipedia. Finally, Questioner (6) asks me to identify two pictures. I could perhaps do so if I knew the type of telescope and camera used and the scale of photos. Without that information, I can only guess that (if these photos are real) these might be images of a gas cloud (nebula) ejected by a star in its old age. They are obviously very distant, since we see stars in the foreground superposed on the nebula. Also, since the stars are the same, this object (if it is real) has not moved between the dates of the two photos. It is just crazy that anyone would claim that these are photos of a planet in our own solar system. Let me say once again that Nibiru is a hoax promoted by a cult; it does not exist, and it certainly poses no threat to us. It saddens me that people would be taken in by such nonsense. David Morrison
NAI Senior Scientist
February 7, 2008